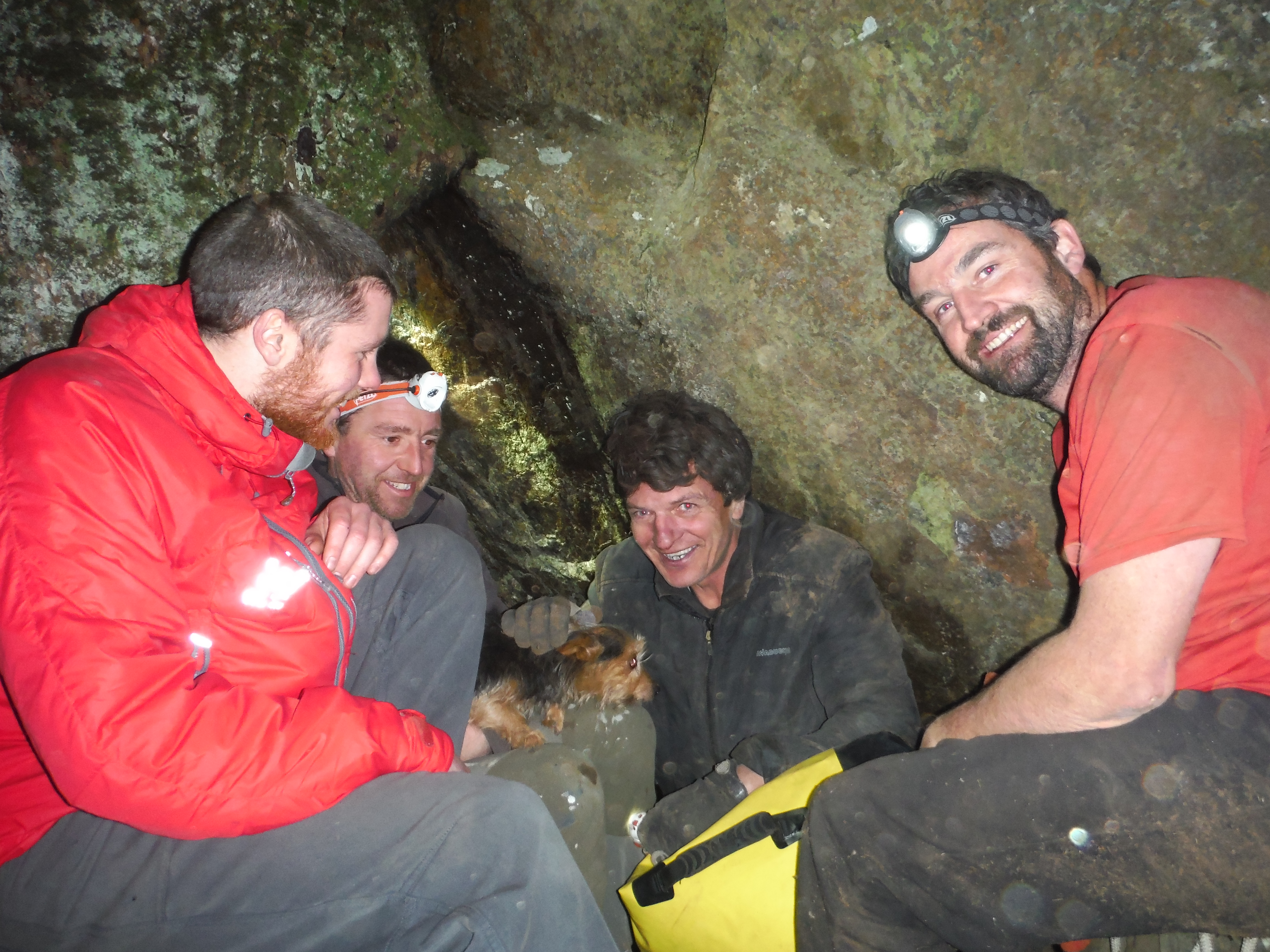 The Team received a call from a local resident explaining, after they had been out climbing, they had discovered that his sister’s dog, who had been with the party, was stuck underground near Bowderstone Pinnacle.

A Team group had just returned to base from a weekend’s Swiftwater training, and along with a few other team members, headed out suitably equipped to help. It transpired on arrival that the dog was a small terrier that had fallen or descended between some of the massive boulders that make up the higher parts of the scree, with the access some 20ft up a craggy outcrop. The caller had been digging by hand for some hours and had managed to make a small gap and could see the dog, but even lying on his stomach, head down in the gap, it was still way below him. The team arrived with work tools, and once happy about the stability of the location, excavated the floor to gain better access. This then revealed the second problem: the route to the dog was restricted by a rock lip, giving a gap only just big enough for some of the smaller team members to get their heads through. On inspection, they confirmed the dog was tucked away 5 feet down and to the right of this location. After further digging, we could work closer to the rock lip, and then the team quickly discovered the Borrowdale basalt was resistant to any attempt made to reshape it.

After this, several attempts were made to lower a net to the floor and get the dog to move onto it to be hauled up. The wonderfully compliant dog did as it was told but when the net was hauled the dog kept rolling off.

Nearly 4 hours after the team was alerted, we were working out alternative strategies and timescales, when another attempt was made using one of the team’s rope bags, suspended horizontally on 2 ropes and with a small piece of karrimat inside, to keep it open, it was lowered to the 6-inch wide floor. Again the dog was told by the owner’s brother to get inside, all went silent, ropes were taken in and slowly the yellow rope bag appeared at the rock lip, and inside a little dog face looked out. The gap by the rock lip was so narrow it wasn’t possible to bring the dog and the bag though in one, so after very carefully extracting the dog it was brought through the gap and out to a very relieved owner and team. After tidying up we headed down to return to base.

This is not the normal type of rescue we do – but the Team was formed to benefit both humans and animals, so we are always happy to help those in need.