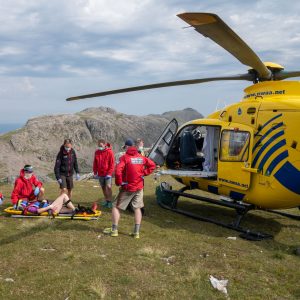 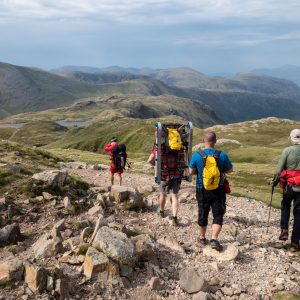 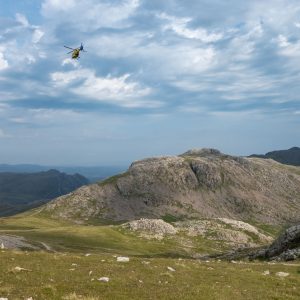 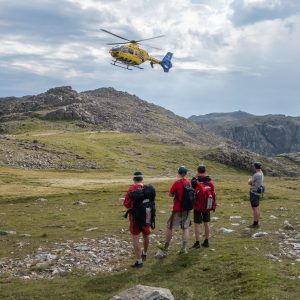 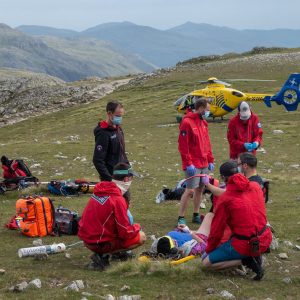 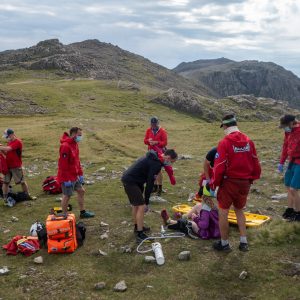 A 51 year old female runner was descending at the back of Great End with her partner en route towards Scafell Pike when she felt/heard something pop in the hamstring part of her leg and she fell over. She was in intense pain and unable to straighten her leg or bear weight on it. Two Keswick MRT vehicles left base and due to the remote location in the high fells helicopter support was requested. Helimed 08 from the North West Air Ambulance based at Blackpool was quick to take off and managed to land close to the casualty above Calf Cove. The air ambulance doctor treated the casualty giving pain relief. Meantime the team continued toiling up the hill in the heat and arrived on scene in time to help load the casualty into the helicopter which then transported her to the Great North Air Ambulance base at Langwathby, to be met by a land ambulance for onward transport to hospital. Many thanks to NWAA who saved us a very long stretcher carry down.