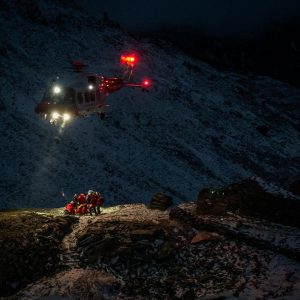 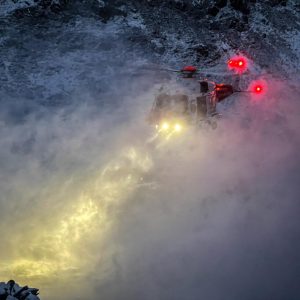 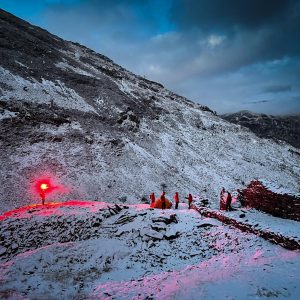 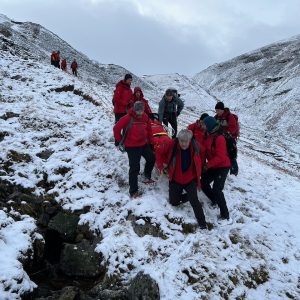 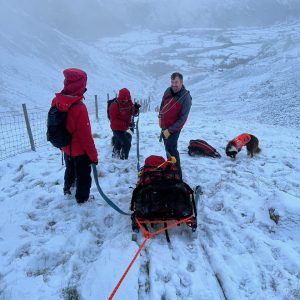 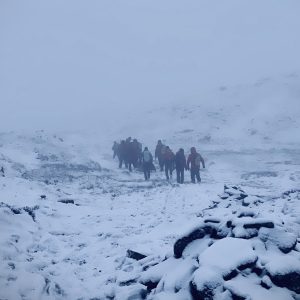 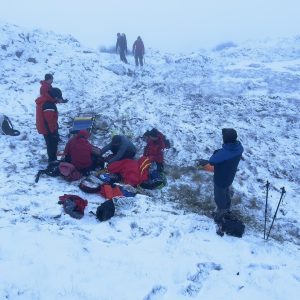 Two men were walking the path from High Spy to Dale Head Tarn when one of the men’s microspikes somehow snagged during a slip, causing a significant ankle injury. This was in an area with no mobile reception but a passing walker descended to the valley floor and raised the alarm. By the time Keswick Team arrived the man was very cold despite good winter walking clothing. An inspection of the ankle revealed a very bad break requiring a rapid evacuation and so CoastGuard helicopter support was requested. Unfortunately cloud cover at the casualty site meant the man, after pain relief and packaging with heat blankets, had to be stretchered down to an area with good visibility for a helicopter winch. He was then flown to hospital for further treatment.