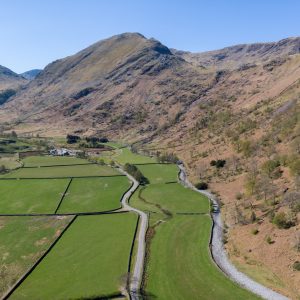 The team received a report of a female walker with a badly broken arm in Seathwaite, Borrowdale. Two team medics went direct to assist and a small number of team members was deployed from base in a team vehicle but the timely arrival of an ambulance meant the team could stand down before arriving on scene.